What The Founding Fathers Knew, What We Have Forgotten, & How It Threatens Democracy

Have you ever heard someone speak with authority about a political situation and how we might expect it to turn out and wondered what they would say a year later? 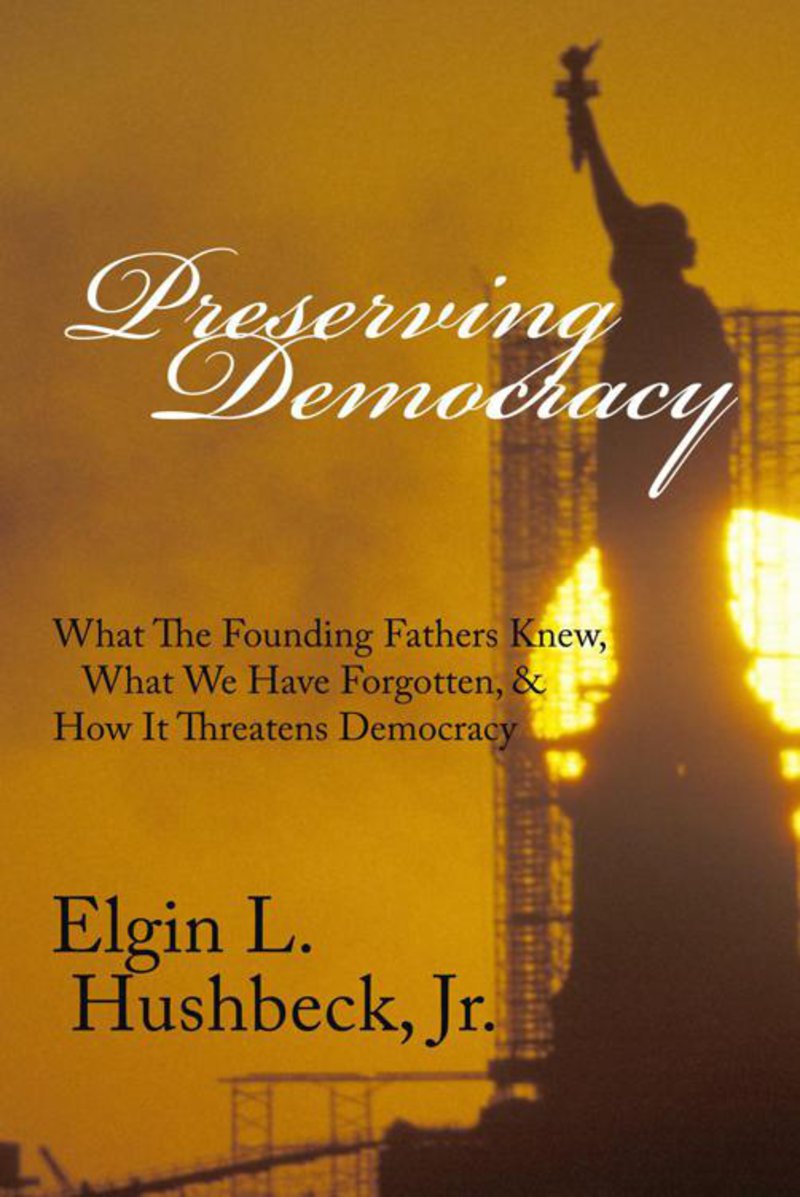 Well, this is your opportunity. Elgin Husbheck Jr. made a number of statements about how government works and how politicians would handle various political crises that were in the future more than a year ago when the hardcover of his book Preserving Democracy was released.

Now he has added another chapter discussing how things have turned out and applying some of the theory in the book to current, practical situations. This is essential reading for the coming election season.  In this important new chapter, he discusses such issues as TARP, the stimulus package, Mark to Market, the health care reform package and the way it was passed, the incredible new deficits, and the errors made at Fannie Mae and Freddie  Mac.  He brings out clearly the causes of many of the problems we face today.

Why You Should Read Preserving Democracy:

Like an aging monument, democracy itself is crumbling. An ever increasing government threatens both freedom and a financial collapse.

* The values that made America the greatest country in the world are being supplanted.

* Government’s attempts to make people’s lives better often have the opposite effect What is causing this decay?

What can we do? Preserving Democracy was written to answer these questions.

Why You Should Read Preserving Democracy:

Elgin Hushbeck has produced an integrated primer masterfully relating the issues of U. S. politics today to the country’s origins and future prospects. Every citizen who seeks to be not merely informed but also inspired ought to read it.

In his latest book, Elgin Hushbeck lances the boil of America’s addiction to big government. Nothing escapes his delicate scalpel — taxes, public education, welfare, voting, capitalism, health care. For a nation that has all but forgotten the Constitution upon which it was founded, this book is essential reading.

As a small businessman working in a tough economy, I know that I can’t take short term loans indefinitely to keep my business going. I’m pleased that Elgin Hushbeck connects our current situation with the lessons of history. Perhaps if our political leaders would read Preserving Democracy, they’d learn that they can’t borrow their way out of trouble any more than I can.

I am a dentist deeply concerned about the future of my profession and my country. I welcome Elgin Hushbeck’s clear presentation of the value of freedom, responsibility, and sound ethics. I recommend this book to my colleagues as well as to those in the political sphere who want to see an American future built on our time-tested values.

The founding fathers fought tyranny and founded this democratic nation based upon individual freedoms and values. Now, the nation faces a new tyranny — from within. It’s the politicians, jurists, academicians, media and special interests that are leading this nation away from capitalism and constitutional government and straight to socialism. Become part of an informed electorate and stop this slide to socialism. Preserving Democracy is our primer.

There is so much more to say about this book that I would need more room and time to say it. If you have an interest in American history, the richness of American heritage, and are concerned about the state of the nation today, you should read Preserving Democracy.  Full Review Kevin Sam,  New Epistles

Mr Hushbeck’s book is an eminently readable exposition detailing point by point what might be described as political or cultural catchpoints with each chapter addressing a different catchpoint. These catchpoints are issues which, if matters go unchecked might be seen as most likely stumbling blocks for our American political experiment.  Full Review Mark O.  –  Stones Cry Out

He’s speaking to the larger question, in the same way that Churchill did when he said, “Indeed, it has been said that democracy is the worst form of government except all those others that have been tried.”  In fact, on page 128 he pretty much summed up the reason for these tea parties:

Thus our system of government was set up as a republic, where we vote, not on issues directly, but for representatives who would then cast votes for us.  Yet representative democracy has its dangers as well.  If the representative does not represent the will of the people, the system breaks down.

I have so thoroughly enjoyed this book and have learned so much. Mr. Hushbeck’s illustrations and examples make this book explanation of the issues facing this country, so easy to understand.  Full Review Elgene Claybough  Review on Amazon

If you would like to preview the paperback edition of Preserving Democracy, please go to the publisher’s catalog page.